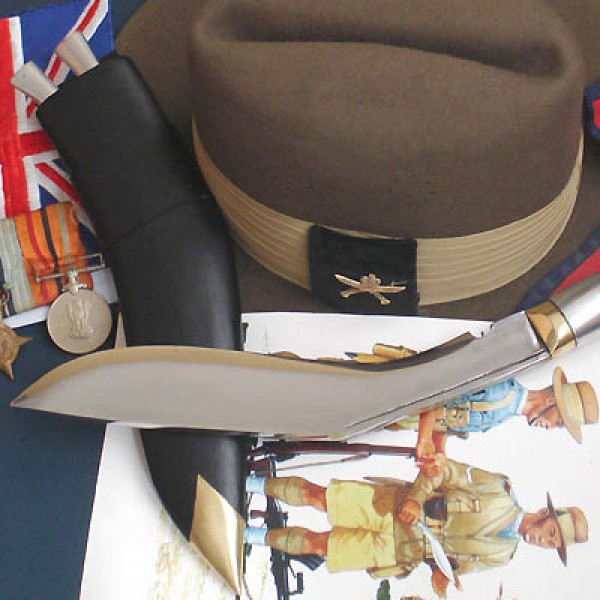 Nepalese Khukuri House’s re-production of a World War II Aluminium handled Kukri is based on the Kukri carried by Gurkhas in hand-to-hand combat in the Jungle of Burma during the 2nd World War. This Khukuri was also originated in Nepal but later Indian Gurkha Army applied it. The blade is heavier and more curved then the current Kukri issued to Gurkhas. In the wartime, the sight of this formidable Khukuri in the hands of the Gurkha soldiers was enough to bring the enemy at their wit's ends. This Kukri is a very famous knife among tourists and collectors because of the fact that it was actually used by Gurkha soldiers/army during world wars. This Kukri knife played a very significant role in creating the history Gurkhas. This Kukri is also great to use for any kind of heavy or light duty. The water poured temper on the blade makes it very strong. The blade is made of highly graded carbon steel (mostly used in railway tracks).The overall length of the blade is 16.25” while the blade is 11” long. Stock: We maintain this product all the time 100 pieces in our stock for online sale. Complimentary: Buy Service No. 1 Kukri + Get Khukuri maker DVD Video absolutely FREE!!!!!!!!!! This offer is not included on discount price. 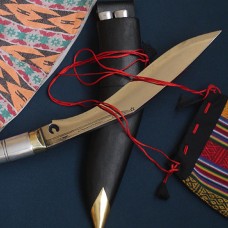 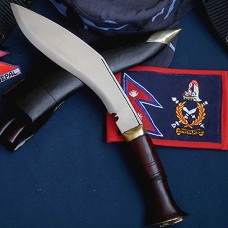